Can you believe it’s almost 2017? I don’t know about you but I am SO ready to wave goodbye to this strange year. I had a very bumpy ride in RL but my Second Life time was a lot more chilled and successful! 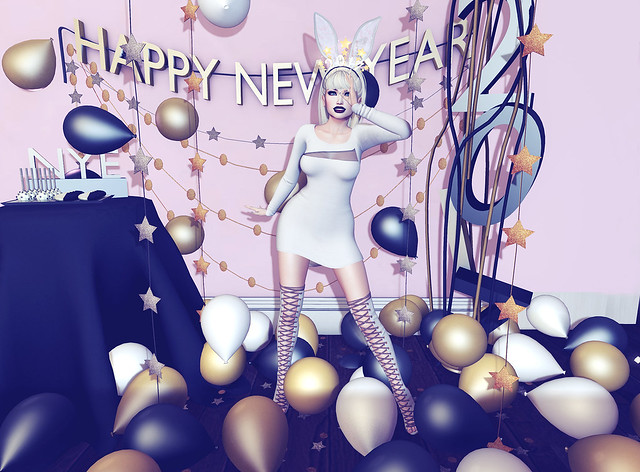 In the video below, I talk a bit about my year in Second Life and about a couple of pretty awesome things that happened as well as talk about some goals I’ve given myself for the New Year which are as follows:

Buy a new house.
Self-explanatory really lol. I’m having bad lag problems on my land (hence no shadows in the video!) and textures are taking a lifetime to load and I think it’s the house so I’m going to be looking for a new place to decorate.

Give more.
I want to continue some of the amazing generosity I’ve seen on Second Life in the past few months. I explain more on this in the video!

Spend less.
This is practically going to be impossible but I NEED to try!

Stay in contact with friends.
I need to make more of an effort to spend time with people I’m close to instead of just logging in, standing on my platform and being unsociable!

Find new roleplay.
Whether this be a cool new sim or just finding new people, I’d love to get back into storytelling in Second Life either on my main or one of my character ALTs.

Connect with other bloggers/vloggers.
There are so many people I wish I could reach out to but I suffer from Social Anxiety and General Anxiety disorder which seeps it’s way into Second Life too. I want to try and push myself to talk to other bloggers and vloggers by commenting on more items and joining in more discussions on Plurk!

That’s it really! Do you guys have any goals for the new year in Second Life? Let me know and enjoy my rambling video!